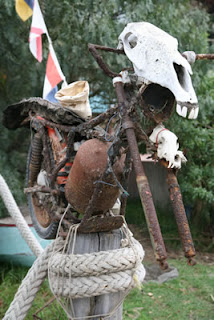 Funny thing is, a part of me really wants to open up our coast to oil drilling. Every mile of the whole damn tricoastal United States. Drill, baby, drill, because only then will we, as pampered fishbowl-living myopic U.S. citizens, wake up and realize the true cost of our massive, slimy oil addiction. Perhaps our coast and waves lined with oil rigs and sticky oil spills will serve as an alarm clock to reality and force us into the present. To realize the dirty lie of owning a car and having tons of cheap, dirty gas as if it were our god-given right. My friend, it's not: our inalienable rights as humans include fishing, swimming, enjoying a clean environment, drinking fresh water, and participating in an engaging society. All the other bells and whistles such as cars, highways, surfboards, massive corporate bank bailouts, new tires, cheap airplane flights and cool mobile phones are killing the environment and, eventually, destroying our own health. 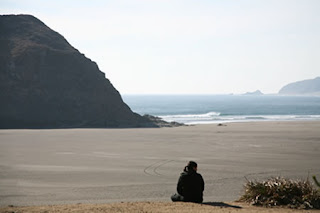 Next week on Thursday, April 16, the Department of the Interior is holding a public hearing in San Francisco (address and map at end of this post) for comments on our government's plans to open up the U.S. coast to oil drilling and petroleum exploration. It's going to be a mob scene, and you should go.

So let's drill now! Offshore oil in California, Alaska, North Carolina, anywhere we have a coastline. Because that is the harsh reality that has existed for generations in far-flung places we prefer to avoid like Saudi Arabia, Iraq, Kuwait, Venezuela, etcetera. Thanks to our black oily addiction to cars and other bullshit accoutrements, those places are littered with offshore oil rigs and suffer as permanently unstable societies... perhaps they should be here, too, in the U,S and A, to make us act quicker and get off oil. Let's bring home the troops, and also bring home the oil rigs!

Wake up, stand up: if you oppose offshore oil on your coastline, stop driving and use a bike. Also walk over to the UCSF Robertson Auditorium at Mission Bay Conference Center in San Francisco on Thursday, April 16, at 9 am, and tell the government you DON'T want oil spills, oil rigs, and the destruction of your coastline.

If you can't make this hearing you can submit written comments here at the DOI's Minerals Management Service website.

Learn more about the evil oil plans by reading the blog at Surf-First.org and here: Surfrider's blog about the issue. 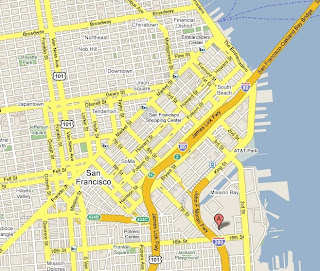 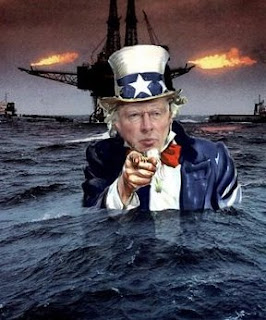